Back in 2016, I had embarked on my third and final attempt to build my Mechanical Camera. My previous two attempts both failed for the same reason - I needed better precision. At the time, the only thing accessible to me that could provide that precision was a laser cutter. Before embarking on the camera though, I needed a simple starter project. One thing I had been lacking for a long time were coasters. Lucky for me, they also happen to be very easy to make. I've always loved maps so I decided to engrave maps of the places where I had lived. The third or forth attempt looked fantastic and people seemed to like them so I took a leap and started an Etsy shop. Nine sales later and I realized that the time I was putting into the laying out, cutting, sanding, treating, & mailing would never be worth what I could sell them for. Still, I'm quite proud of the little business I put together. 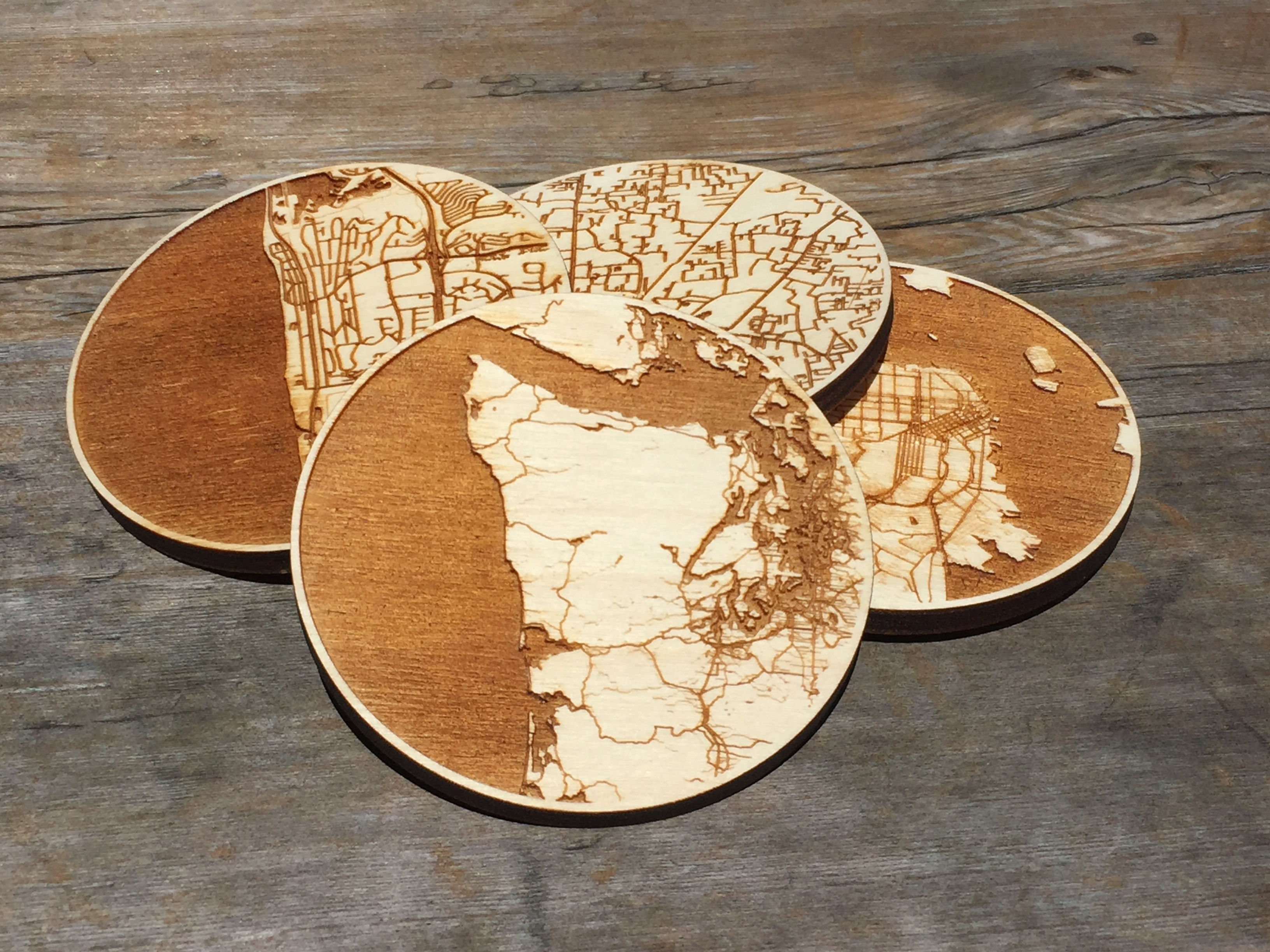